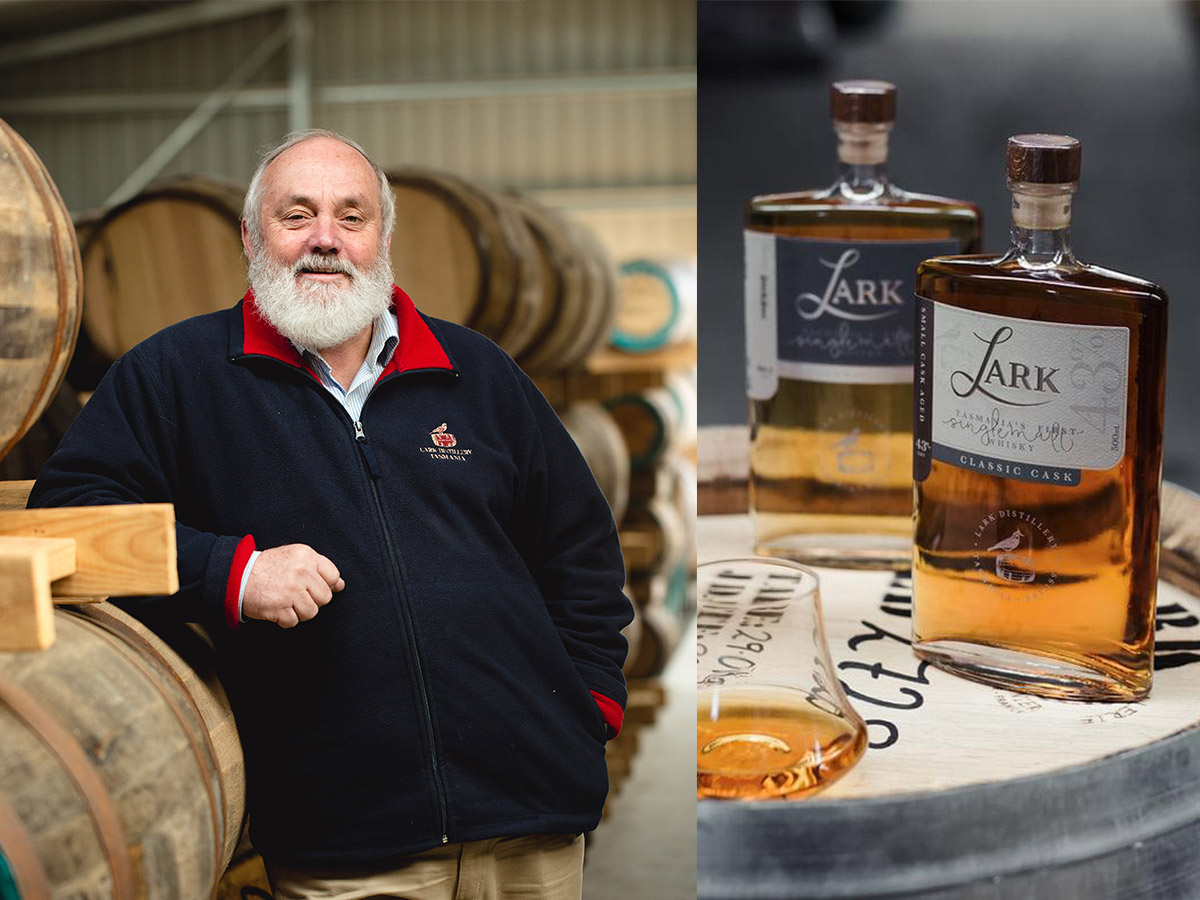 Whilst running my own Land Surveying practice in the 1980’s, together with three friends and families, we built and operated a hotel in Tasmania’s main ski field, Ben Lomond and at the same time wondered why someone wasn’t producing Single Malt Whisky in Tasmania.

In May 1992, my wife Lyn and I obtained the first Licence to Distil spirits in Tasmania since 1839.

Lark Distillery grew from the kitchen table and is now employing over 30 staff, exporting throughout the world and proudly recognised as an industry leader encouraging the growth of the Australian Distilled Spirits industry.

At the Tasmanian Tourism Awards 2013, I was named “Ministers Champion”.

In 2014 Lark Distillery was awarded Telstra Tasmanian and Australian Small Business of the Year.

I was personally awarded Hospitality Ministers Award for Excellence for “Contribution to the Industry” 2015.

In March 2015, I was inducted, No 28,  into the World Whisky Awards Hall of Fame in the United Kingdom (1st Australian inductee).

In 2012 I co-founded the Redlands Distillery in the Derwent Valley and I am still an active member of their board.

I am currently engaged as Global Brand Ambassador for Lark Distillery and Australian Whisky Holdings.